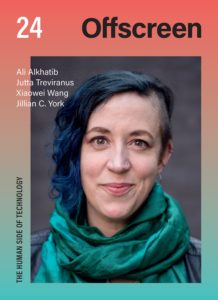 Why does the field of philosophy get to be so authoritative about ethics, and why do computer scientists seem to value it to the exclusion of the authority of people who speak from experience?

I've been thinking about this a lot and I have a hunch that it's because philosophy tends to work in very clear axioms and premises and syllogisms – exactly the kinds of logic that appears in computer science in the language of writing proofs. That very clear, discrete, and compartmentalized approach appeals greatly to those trained in the computational thinking of computer science.

People tend to gravitate towards what they recognize, and the power of philosophy is that it speaks a language that computer scientists understand better. When they're looking for answers to ethical questions, philosophy promises those answers.

By contrast, fields like anthropology, African-American history, feminist theory, or gender-studies present more approaches and ideas that are much more ambiguous, nebulous, and multi-faceted. Ideas born of lived experience are much messier. When computer scientists look at those fields, they think, 'That is not a language that I speak' – the ambiguities inherent in someone's existence are not easily represented in computational theory!

"...it's with those individuals at the very edges of our population that you find the greatest innovation, and where you can detect the weak signals that are in some way likely to be the downfall of whatever innovation we have. People at the margins are the first to feel the effects of flaws in the systems, as well as crises to come."

"There is a place for everyone in building a better future. Tech people can have progressive values while occasionally making moral sacrifices. Sometimes we take jobs we're not proud of to be able to pay the rent, we forget to recycle our coffee cups, we eat steak, we fly on planes. We're humans, not robots."