How to Overcome Your Childhood 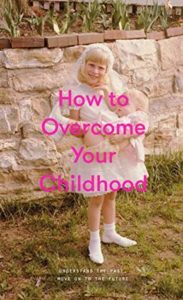 Author(s):
The School of Life undefined

I am convinced that most people do not grow up. We find parking spaces and honor our credit cards. We marry and dare to have children and call that growing up. I think what we do is mostly grow old. We carry accumulation of years in our bodies and on our faces, but generally our real selves, the children inside, are still innocent and shy as magnolias.

We may act sophisticated and worldly but I believe we feel safest when we go inside ourselves and find home, a place where we belong and maybe the only place we really do.

Letter to My Daughter – Maya Angelou

"It’s not simply that we have idly forgotten the past. We could, in principle, re-enter the emotional spaces we once inhabited. It is for deeper reasons that we push the memories aside and actively restrict reflection on our histories. We keep away from ourselves because so much of what we could discover threatens to be agony."

"True privilege is an emotional phenomenon. It involves receiving the nectar of love–which can be stubbornly missing in the best-equipped mansions and oddly abundant in the bare rooms of modest bungalows.–It is true privilege when a parent is on hand to enter imaginatively into a child’s world; when they have the wherewithal to put their own needs aside for a time in order to focus wholeheartedly on the confusions and fears of their offspring; and when they are attuned not just to what a child actually manages to say, but to what they might be aspiring yet struggling to explain."

"A truly fair society would be one in which a yearly rise in the degree of emotional privilege in circulation would became a national priority–and where an abundance of love, concern, and connection was adequately studied, encouraged and prized as the true ‘wealth’ it is."

"A lot in our inheritance works against our chances of fulfilment and well-being because its logic does not derive from the present; it involves a repetition of behaviour and expectations that were formed and learned in childhood, typically as the best defence we could cobble together in our immaturity in the face of a situation bigger than we were. Unfortunately, it is as if part of our minds has not realised the change in our external circumstances; it insists on re-enacting the original defensive manoeuvre even in front of people or at moments that don’t warrant or reward it."

"We may be constrained to look away from prospective candidates because they don’t satisfy our yearning for the pain we associate with love. We may describe someone as ‘not sexy’ or ‘boring’ when in truth we mean: unlikely to make me suffer in the way I need to suffer in order to feel that love is real."

"A feeling that one doesn’t deserve to exist unless one meets the criteria of worldly success can do wonders for one’s productivity. Offering conditional love has a habit of getting people to meet one’s conditions."

"The longing that one should be recognised for being and not just doing–even if one has done quite a lot–is an extremely stubborn part of human psychology, which has a habit of periodically rearing its head and creating serious trouble if it is continually ignored across a lifetime."

"The people-pleaser is lying for poignant reasons: not in order to gain advantage, but because they are terrified of the displeasure of others."

"We learned a very particular habit of relating to the world around a group of people who were not representative of humanity as a whole."

"It is the tolerance, enthusiasm and forgiveness of another person that gradually acclimatises us to existence."

"We can observe, along the way, that the chief marker of being a good parent is that one’s child simply has zero interest in being liked by large numbers of strangers."

"To correct self-hatred and shame is a life’s task. We are back to an all-too-familiar theme: that most psychological problems arise because people have not been empathetically cherished and reliably loved when it really mattered, and that if one could be granted one wish to improve the internal well-being of humanity, then it would be, with a wave of a magic wand, to do away with shame. The collective gasp of relief would be heard in distant galaxies."

"The cure for over-achievement involves pausing to address the psychological wounds that made hard work feel like the only defence against intolerable trauma. It means returning to the situations that made achievement feel life-sustaining. It means a confrontation with moments of loss, disconnection, lack of love, sadness and humiliation."

"The over-achiever may eventually come to believe that they deserve a place on Earth whether they work or not. They are not there just to perform. The greater need is to connect and to understand."

"It’s a huge psychological achievement to accept other humans in their bewildering mixture of good and bad, their capacity to assist us and to frustrate us, their kindness and meanness–and to see that, far more than we’re inclined to imagine in our furious or ecstatic moments, most people belong in that slightly sobering, slightly hopeful grey area that goes by the term ‘good enough’."

"no one we can love will ever satisfy us completely–but that this is never a reason to hate them either."

"One of the great problems of human beings is that we are far too good at keeping going. We are experts at surrendering to the demands of the external world, living up to what is expected of us and getting on with the priorities, as others around us define them. We keep showing up and being an excellent boy or girl–and we can pull off this magical feat for up to decades at a time, without so much as an outward twitch or crack."

"Breakdowns are hugely disruptive–not just for those afflicted but for family, friends and work colleagues–and so, unsurprisingly, there is an immediate rush to medicalise the problem and attempt to excise it from the scene, so that business as usual can restart."

"A breakdown is not merely a random piece of madness or malfunction; it is a very real–albeit very inarticulate–bid for health."

"...it is an attempt to jumpstart a process of getting well, properly well, through a stage of falling very ill."

"The reason we break down is that we have not, over years, flexed very much. There were things we needed to hear inside our minds that we deftly put to one side, there were messages we needed to heed, bits of emotional learning and communicating we didn’t do–and now, after being patient for so long, far too long, the emotional self is attempting to make itself heard in the only way it now knows how."

"A crisis represents an appetite for growth that has not found another way of expressing itself."

"A crisis represents an appetite for growth that has not found another way of expressing itself. Many people, after a painful few months or even years of breakdown, will say: ‘I don’t know how I’d ever have got well if I hadn’t fallen ill first’."

"If the drive to emotional growth continues to be unattended, and perhaps even unknown to us, it can short circuit our whole lives in a bid to be heard."

"We have not forever lost our minds, we recognise the role of respectability and status, we would love to be less difficult and demanding. It’s just that we have to honour another, even more vital side to our nature: we are under an inner imperative to continue on our path towards emotional growth."

"An intellectual understanding of the past, though not wrong, won’t by itself be effective in the sense of being able to release us from the true intensity of our neurotic symptoms."

"We need the novel, not the essay."

"It is on the basis of this kind of hard-won emotional knowledge, not the more painless intellectual kind, that we may one day, with a fair wind, discover a measure of relief for some of the troubles within."

"A capacity for self-soothing is the legacy of a history of nurture."

"It can take an immensely long time to realise emotionally, rather than merely intellectually, that the scripts we are following were formed many years before in circumstances that no longer apply; that the small corner of the world we grew up in as children does not reflect how the wider world operates or what it really demands–and that the repertoire of responses we learned for dealing with the authority figures of childhood does not have to continue to define how we relate to humanity in general."

"Becoming an emotional adult means learning to acquire a much wider repertoire of behaviour towards other people."

"It would, in a sense, be easier if things were more clear cut; white is simple enough to take and black too can be coped with when we know it has to be borne. It’s the grey–with its mercurial admixture of hope and regret–that is so hard for our minds. We long to call some people pure and dismiss others as monstrous, and we do the same with sections of our lives. But to be open to bittersweet memories is to accept ambivalence: a capacity to have two contrasting, opposed emotions about the same thing without disowning either. Both are important, neither can be denied. We are recognising, rather than denying, the fiendishly mixed character of experience."