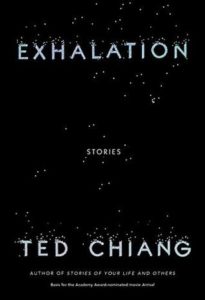 Re: When narrator literally sees situation from another perspective

Re: The figure of Reiss in comparison to Moseby

“...writing was not just a way to record what someone said; it could help you decide what you would say before you said it. And words for nauseous if uses of speaking; they were the pieces of thinking. when you wrote them down, you could grasp your thoughts like bricks in your hands and push them into different arrangements. Writing let you look at your thoughts in a way you couldn't if you were just talking, and having seen them, you could improve them, make them stronger and more elaborate.” (205)

“But I also wonder if another reason is that, subconsciously, we regarded our episodic memories as such an integral part of our identities that we were reluctant to externalize them, to relegate them to books on a shelf or files on a computer.” (206)

“Just ask there's a feedback loop and softening harsh memories, there's also one at work in the romanticisation of childhood memories, and disrupting that process will have consequences.

The earliest birthday I remember is my fourth; I remember blowing out the candles on my cake, the thrill of tearing the wrapping paper off the presents. There's no video of the event, but there are snapshots in the family album, and they are consistent with what I remember. In fact, I suspect I no longer remember the day itself. It's more likely that I manufactured the memory when I was first shown the snapshot, and over time, I've imbued it with the emotion I imagine I felt that day. Little by little, over repeated instances of recall, I've created a happy memory for myself.

Another of my earliest memories of playing on the living room rug, pushing toy cars around, while my grandmother worked at her sewing machine; she would occasionally turn and smile warmly at me. There are no photos of that moment, so I know the recollection is mine and mine alone. It is a lovely, idyllic memory. What I want to be presented with actual footage of that afternoon? No;  absolutely not.

Regarding the role of Truth and autobiography, the critic Roy Pascal wrote, ‘On the one side are the truths of fact, on the other the truth of the writer’s feelings, and where the two coincide cannot be decided by any outside authority in advance.’ Our memories are private autobiographies, and that afternoon with my grandmother features prominently in mind because of the feelings associated with it. What if video footage revealed that my grandmother’s smile was in fact perfunctory, that she was actually frustrated because her sewing wasn't going well? What's important to me about that memory is a happiness I associate with it, and I wouldn't want that jeopardized.

It seems to me that continuous video on my entire childhood would be full of facts but the void of feeling, simply because cameras couldn't capture the emotional dimension of events. As far as the camera was concerned, that afternoon with my grandmother would be indistinguishable from a hundred others. And if I'd grown up with access to all the video footage, there have been no way for me to assign more emotional weight to any particular day, no nucleus around which nostalgia could accrete.” (206-8)

“People are made up stories. Our memories are not the impartial accumulation of every second wave lived; they're the narrative that we assembled out of selective moments. Which is why, even when we've experienced the same events as other individuals, we never constructed identical narratives: the criteria used for selecting moments were different for each of us, and a reflection of our personalities. You should also notice the details that caught our attention and remember what was important to us, and the narratives we built shaped our personalities and turn.” (208)

“I don't normally think of it as such, but writing is a technology, which means that a literate person is someone whose thought processes are technologically mediated. We became cognitive side works as soon as we became fluent readers, and the consequences of that were profound.

For culture. So use of writing, when its knowledge is transmitted exclusively through oral means, it can very easily revise its history. It's not intentional, but it is inevitable; throughout the world, bards and griots have adapted their material to their audiences and that's gradually adjusted the pasta suit the needs of the present. The idea is that accounts of the past shouldn't change as a product of literate cultures reference for the written word. Anthropologists will tell you that oral cultures understand the past differently; for them, their histories don't need to be accurate so much as I need to validate the community's understanding of itself. So it wouldn't be correct to say that their histories are unreliable; their histories do what they need to do.

Right now each of us is a private oral culture. We rewrite our past to suit our needs and support the story we tell about ourselves. With our memories we're all guilty of a Whig interpretation of our personal histories, seeing our former selves a step toward our glorious present selves.”

“And I think I found the real benefit of digital memory. The point is not to prove you were right; the point is to admit you were wrong.” (228-30)

“According to Hindu mythology, the universe was created with a sound: ‘om’. it is a syllable that contains within it everything that ever was and everything that will be. When the Arecibo telescope is pointed at the space between Stars, it hears a faint hum. Astronomers call that Cosmic microwave background. It's the residual radiation of the Big Bang, the explosion that created the universe 14 billion years ago. But you can also think of it as a barely audible reverberation of that original ‘om’. That syllable was so resonant that the night sky will keep vibrating for as long as the universe exists. When the Arecibo is not listening to anything else, it hears a voice of creation.” (235)

“Human activity has brought my car into the brink of Extinction, but I don't blame them for it. They didn't do it maliciously. They  just weren't paying attention.

And humans create such beautiful myths; what imaginations they have. Perhaps that's why their aspirations are so immense. Look at Arecibo. Any species you can build such a thing must have greatness within them.

My species probably won't be here for much longer; it's likely that we’ll die before our time and join the Great Silence. But before we go, we are sending a message to humanity. We just hope the telescope at Arecibo will enable them to hear it.

The message is this:

“Every timber served as a volume in a history written be nature itself, an almanac of yearly rainfall reaching back to the birth of Christ.” (239)

And I had no response. I had always assumed those were one and the same, but what if they aren’t?

I don’t know what to think now. It frightens me to imagine that you have never been listening at all.” (263)

“I wish this didn't affect me so deeply. With that we could choose the things that trouble us, but we can't.” (265)

“Rather than being filled with pride and ambition, it must have been afraid and confused during their first few days. I've tried to imagine what it must have been like to wake and fully-formed, possessing certain skills but without a past to remember, lost in a world of amnesiacs. It seems terrifying to me, even more terrifying than what I've experienced these last few weeks.” (267)

“But the moment of creation is where all causal chains end; inference can lead us back to this moment and no further. That is why the creation of the universe is a miracle: because what happened in that moment was not a necessary consequence of what preceded it. That primordial clamshell that Willamina keeps with her is Angie proof of something: now I've got plans for Humanity, but of the existence of Miracles. That border where the growth rings end marks the limit of physical laws explanatory power. And that is something we can take inspiration from.” (268)

“I've devoted my life to studying the wondrous mechanism that is the universe, and doing so has given me a sense of fulfilment. I've always assumed. This meant that I was acting in accordance with your will, Lord, and your reason for making me. But if it's subject true that you have no purpose in mind for me, then that sense of fulfilment has arisen solely From Within Myself. What that demonstrates the use that we as humans are capable of creating meaning for our own lives.” (269)

“But our lives have often been difficult even when we believe there was a divine plan, and we've persevered. If we have only ever been on our own, then our successes in spite of that are proof of our capabilities.” (269)

“...whether it is under your watchful eye or not. Even if humanity is not the reason for which the universe was made, I still wish to understand the way it operates. We human beings may not be the answer to the question why, but I will keep looking for the answer to how. This search is my purpose; not because you chose it for me, Lord, because I chose it for myself. Amen.” (269)

Anxiety Is the Dizziness of Freedom

“We like the idea that there's always someone responsible for any given event, because it helps us make sense of the world. We like that so much that sometimes we blame ourselves, just so that there's someone to blame. But not everything is under our control, or even anyone’s control.” (299)